Cadillac today unveiled the all-new Escalade 2021, which has been completely redesigned with new, pioneering technologies that add a new dimension to the luxury SUV.
The fifth generation of Cadillac Escalade, the class leader for more than 20 years, reinforces this name in the world of luxury SUVs by incorporating exclusive
new technologies that are the first of its kind in the automotive industry, including a curved OLED display, the first AKG audio system and X technology. Cadillac’s flagship Cruze.
Steve Carlisle, Cadillac’s president, said: “There’s something special about driving an Escalade, it has a bold presence and exclusive technology that enhances the exceptional level it’s always enjoyed, and gives its driver a special feel every time it drives.”
Escalade 2021 will be launched in the third quarter of this year in North America and has been fully redesigned to provide improved driving dynamics and greater capabilities both for passengers and cargo.

Carlisle added: “Escalade 2021 is pioneering this category of vehicles to usher in a whole new era, with upgrades and comprehensive improvements that radically change the driving experience. It’s more than just a new Escalade, it’s a new experience in every sense
of the word.” The new Escalade made a ritzy debut in Los Angeles arguably the luxury SUV’s home turf where it casually serves a cavalcade of celebrities, musicians, and well-todo individuals of numerous industries as a luxuriousyet-anonymous transport.
Let’s focus on that luxury part for a moment, because it’s where the Escalade steps into a completely different realm from even the highest-spec GMC Yukon. As promised, the Caddy has its own interior that features over 38 inches of diagonal digital display space on the
dash. It’s not a single screen, but rather, three screens that span from the far left of the dash to nearly in front of the passenger. 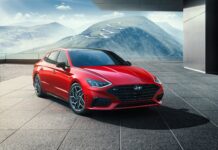 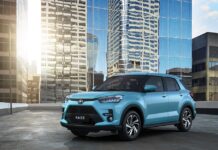 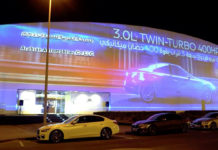 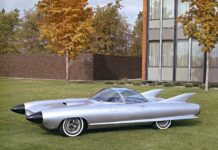