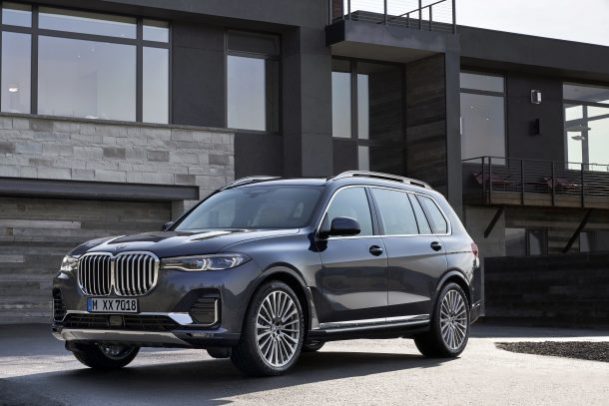 It’s hard to fathom that over two decades have passed since BMW reimagined the SUV with its X5 Sport Activity Vehicle. With car-like handling and comfort, good-enough off-roadability for going to the weekend cabin, its success sparked a whole new range of smaller X models not just for BMW but for the whole industry.

Despite the X5’s success though, BMW has never ventured into the larger and more profitable territory occupied by the likes of Range Rover. Somewhat ironic since one can assume that the original X5’s success paved the way for BMW to eventually being able to afford to buy the Land Rover brand. All of this has changed now with the company’s X7. It goes without saying that it’s BMW’s biggest SUV and an extremely important vehicle for the company.

Mercedes-Benz’s full-size three-row GL (now the GLS) has been out for 12+ years and BMW dealers have been left without an equivalent competitor all this  time. Therefore BMW has a fair amount of ground to make up. Happily though, based on my test drive, it was worth the wait. Is it still worthy of the BMW badge? Not only is the X7 BMW’s most luxurious SUV, it’s arguably the most impossible for overlook. The pair of oversized BMW kidney grills have been mocked gently by ardent BMW traditionalists, but in person, it all seems to work. Unsurprisingly, the styling is similar to the smaller X5.

albeit blown up in every exterior dimension save it for the vehicle’s width. Measuring nearly 17 feet long, the X7 is huge outside, huge inside, but yet even at first glance, refined and luxurious. Dimensionally, it’s 1.3 inches longer than the outgoing Mercedes-Benz GLS450 and a whopping 23mm (9 inches) longer than the X5. Taking its themes from the facelifted 7 Series and the 8 Series, the X7 rounds off BMW’s three-flagship fleet. It’s not just about wedging in as many people as possible but rather BMW wanting us to see this top-end trio as a separate high-end luxury series for their brand. Back to the question as to why BMW has waited so long to introduce the X7. Daniel Nowicki, BMW’s Driving Dynamics engineer explains, “We had to be sure we could design a vehicle this large and still deliver
the same BMW driving experience”. So, has it worked? BMW’s expertise in chassis dynamics is evident here and the X7 is far better than the typical American “sports” SUVs based on trucks. The ride was consistently good on coarse highways, the lumpy rural roads, or the urban streets in small town British Columbia.

The X7 represents a different sort of Ultimate Driving Machine, disguising its 2.3 tonne mass commendably on twisty ribbons of tarmac. On a recent press junket, it hung on with impressive dignity through our 400 kilometre round trip of Vancouver Island’s backroads. The vehicle perfectly illustrates why BMW’s latest SUVs are now competing with their luxury sedans. A haughty driving position, quietness, huge living space for the family, a plush ride when you want it, but yet with just a push of a button, a surprisingly capable machine through the bends. Roll was shockingly well controlled and steering was conducted with measured authority. When fitted with the BMW Integral Active Steering system -BMW speak for passive rear wheel steering – the X7’s nose feels much quicker to react and dive into a corner. The rear wheel steering system also shrinks the turning circle, making the vehicle feel a lot smaller than it is in city centres and parking lots. More on that later. What does the line-up look like? A pair of turbocharged petrol engines are available, both of which also appear on other vehicles in the BMW portfolio.

The xDrive40i relies on the BMW 3.0-litre single turbo straight-six producing 335hp, and the xDrive 50i a twin turbo 456 hp 4.4-litre V8. Expect the X7 xDrive40i to complete the sprint from 0-100 km/hr in a very respectable 5.6 seconds whereas the burly twin-turbo V8 xDrive50i completes the run in a short 4.7 seconds. For comparison, the latter is about as quick as a Porsche 718 Boxster. Both engines work wonderfully, even when tasked with moving more than 5000 pounds. All X7s are fitted with ZF’s glorious satellite navigation-guided 8HP eight speed automatic transmission and can tug up to 7500 pounds with the factory hitch. If you intend on towing with the X7, the V8 is the one to get. For the 2020 model year, both the X5 and X7 will receive new M50i performance variants positioned above the existing 50i models. Both of those will pack a whopping 523 hp as part of the M Performance brand umbrella, like the existing M850i and M340i models. Ride and handling The X7 is built on BMW’s new expandable modular platform called CLAR. 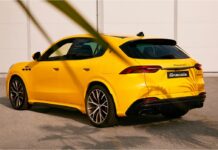 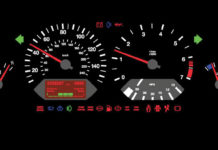 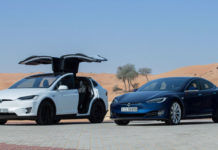