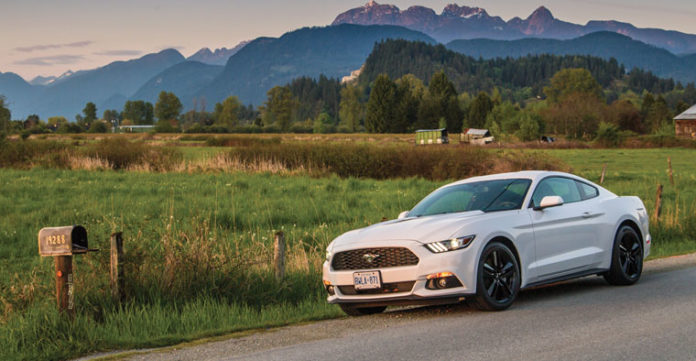 The Mustang is landing. It’s big, brash and oozes confidence

For the launch of the new Mustang, Ford conjured up a complicated stunt which placed their all-new 2015 model up at the top of another American icon, the Empire State Building. This wasn’t the first time that this stunt had been executed. Back in 1964, the company did the very same thing as well by placing the original Mustang on the building’s Observation Deck.

50 years have passed since the first Ford Mustang entered the chorus, creating the whole muscle car segment. Today, the original pony car is facing some of the toughest competition ever from the re-launched Chevrolet Camaro and Dodge Challenger.

There’s nothing that screams home grown American steed quite like the Mustang does. Millions have saddled up for rides in the past few decades and with this sixth generation version, Ford is hoping that customers will line up once again.

This prancing horse is now one that is designed for official global outreach. In fact, it’s the first Ford Mustang with true international sale intentions. The powertrain choices have broadened to reflect the company’s aspirations as well. In addition to the expected V6 and V8, there is a 2.3-litre 4-cylinder EcoBoost turbocharged engine now being offered that slots it in between the V6 and V8.

This is not the first turbo-4 under the hood of a Mustang, as that would be the SVO Mustang from 1984-1986. This new turbo couldn’t be any different from its predecessor though, using a high tech twin scroll turbo design to minimize turbo lag. It is direct-injected and rated for a robust 310 hp and 320 lbs-ft (434 Nm).

My test car was rated with this new EcoBoost engine which I thoroughly enjoyed. If you’re used to the rumble and exhaust note of the Mustang’s V8, this engine will admittedly sound a bit tame. However, it still does sing when revved and the turbo noises are entertaining in their own right.

All Mustangs, regardless of engine choice, are available with both 6-speed manual and 6-speed auto gearboxes. My car was fitted with the Do-It-Yourself manual, which had noticeably cleaner and lighter action compared to the meaty unit in the GT V8.

As far as fuel consumption is concerned, it comes as no surprised that the Mustang EcoBoost returns 47 per cent better city fuel economy and 24 per cent better highway mileage than the new 5.0L V8.

Be gone, suspension from the horse and cart era

The other big news is the Mustang’s all-new independent rear suspension. Save for a limited number of Mustangs made by Ford’s SVT (Special Vehicle Team) in 1999/early 2000s, nearly all Mustangs have been fitted with live axles for the last 50 years. This is great for durability on the drag strips, but the Mustang’s major Achilles heel when putting down power in the corners.

The new setup uses an integral-link rear suspension based on the architecture of the current Ford Fusion. There are several unique parts including lighter aluminium knuckles, and the rear track of the Mustang is 2.5 inches (63.5 mm) wider than the Fusion sedan. Styling has always been a Mustang fan hot button. Ford decided to move a bit away from the retro look just enough that the car looks more upmarket and yet more aggressive.

2015 marks the return of the fastback styling, which looks fantastic and complements the wider and lower stance. The front end is a lot more subdued in person, adding a slight European flare to the design, to my eyes anyway.

When the initial design renderings leaked onto the internet, the artwork had plenty of keyboard hot rodders up in arms. But in person, many of the classic Mustang owners were fans of the new design.

And so diehard pony car fans need not worry because there’s enough heritage in the styling to make them happy. There’s the familiar long hood profile, the blunt nose, and the trapezoidal grille opening, all tweaked to work with the new proportions.

As before, there are HID Xenon headlamps and a fresh take on LED daytime running lights. It’s a pity that the fifth generation Mustang’s LED fog lamps are now just smallish halogen units.

The new rear fascia includes an aggressive body-colour painted diffuser that is clearly more Euro in design as well. I like it!

The trunk also includes an updated 3D metallised horse for V6 and Ecoboost 4-cylinder models, and GT V8s get their bespoke “GT 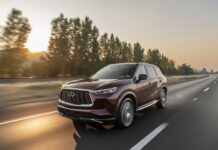 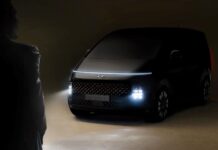 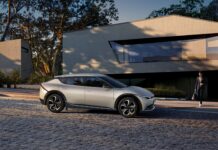 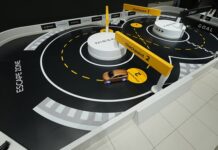